Going Down In La-La Land - Embrem

Going Down In La-La Land 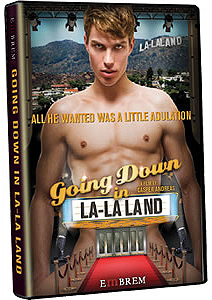 A candid, sexy, and outrageously funny look at what an actor can – and will do – to survive in Hollywood. Young, handsome, and ambitious, Adam arrives from New York with dreams of making it big in L.A. He moves in with his zany best friend Candy who, between auditions, spends her time at the gym, shopping, or looking for a wealthy man.

"A polished, entertaining look at biz realities from a gay perspective... well crafted and diverting throughout" -Variety

"A sharp-edged satire about naked ambition" -The Philadelphia Inquirer

"Going Down in LA-LA Land makes every characters' desperation—for money, drugs, sex, or love believable. [The film] is perfect summer entertainment—the right mix of message and mindlessness." - The Bay Times

"Director-actor Casper Andreas has adapted Andy Zeffer's 2006 wistfully comic novel with such a light touch that the action moves swiftly, and the characters seem to jump off the screen." - The Pittsburgh Post-Gazette